The United States is apparently making a push for new international sanctions against Venezuela, a senior State Department official said. This comes at a time when Latin American states voted to pursue and possibly extradite regime leaders.  The State Department official said the United States is planning to get more countries and the European Union in particular, to impose sanctions on the embattled regime of President Maduro. Furthermore, they want to keep Venezuela in the spotlight as the world gathers for the United Nations General Assembly.

Speaking shortly before the Organization of American States voted to invoke a treaty of mutual assistance, the State Department official said, “We want to make sure the issue of a transition in Venezuela remains very high on the international agenda. There have been moments…in the last six months, where people have said, Oh!The (administration) is not paying attention to Venezuela. That’s wrong, that is always wrong.” This is the first time that the treaty of mutual assistance has been triggered since the terrorist attacks of September 11, 2001.

The Organization of American States on Monday invoked the Rio treaty, which includes an article that states an attack against one is to be considered an attack against all. “This treaty functions as a very useful coordinating mechanism for the economic and diplomatic pressures and sanctions we’d like to see more countries impose, said the US official. In a 16-1 vote, the Organization of American States agreed it would work to pursue, prosecute and extradite officials in the Maduro government who are guilty of corruption, drug trafficking, egregious human rights and belonging to transnational criminal organizations. 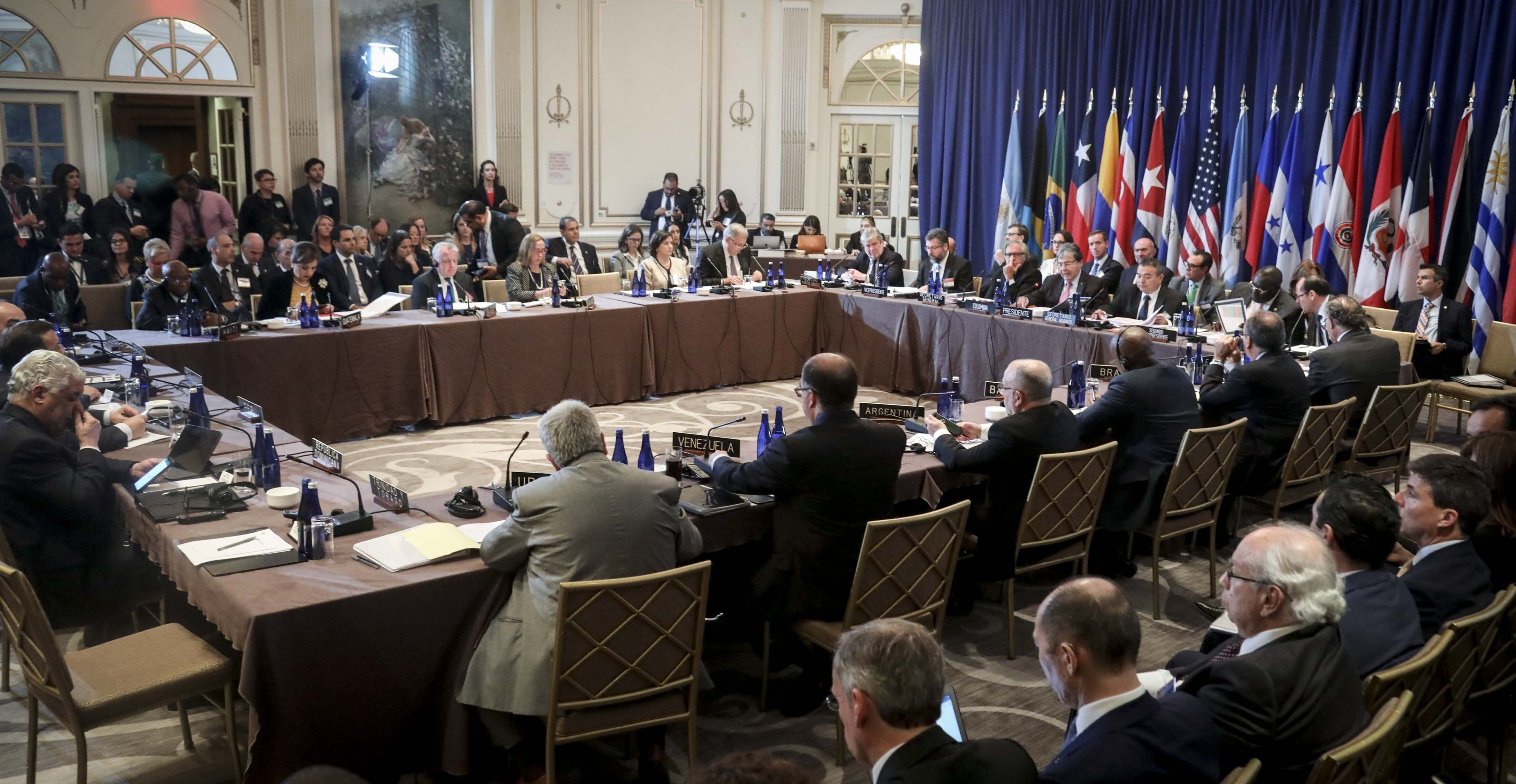 US Secretary of State Mike Pompeo laid the groundwork for invoking the Rio Treaty on September 11.  This is after he made the case that Venezuela is a regional threat. “Recent bellicose moves by the Venezuelan military to deploy along the border with Colombia as well as the presence of illegal armed groups and terrorist organizations in Venezuelan territory demonstrate that Nicholas Maduro not only poses a threat to the Venezuelan people, his actions threaten the peace and security of Venezuela’s neighbors,” Pompeo said.

Speaking on Monday, the State Department official said the Rio Treaty would help countries in establishing the legal basis to impose sanctions against the Maduro government. “A number of countries do not have the domestic laws in place to justify the imposition of sanctions,”the official said. “Signing the treaty would give those countries the legal authority to do so. They will be able to say the Rio Treaty binds them. Once you sign a treaty it becomes the binding law of the land,” he added.

Colombian Foreign Minister Carlos Trujillo, speaking at the Organization of American States meeting said invoking the treaty would make any action or sanction decided on in the gathering ‘legitimate under international law.’ On the other hand, Brazil’s Foreign Minister Ernesto Araujo said that Maduro has made the country a haven ‘for all types of organized and transitional crime.’